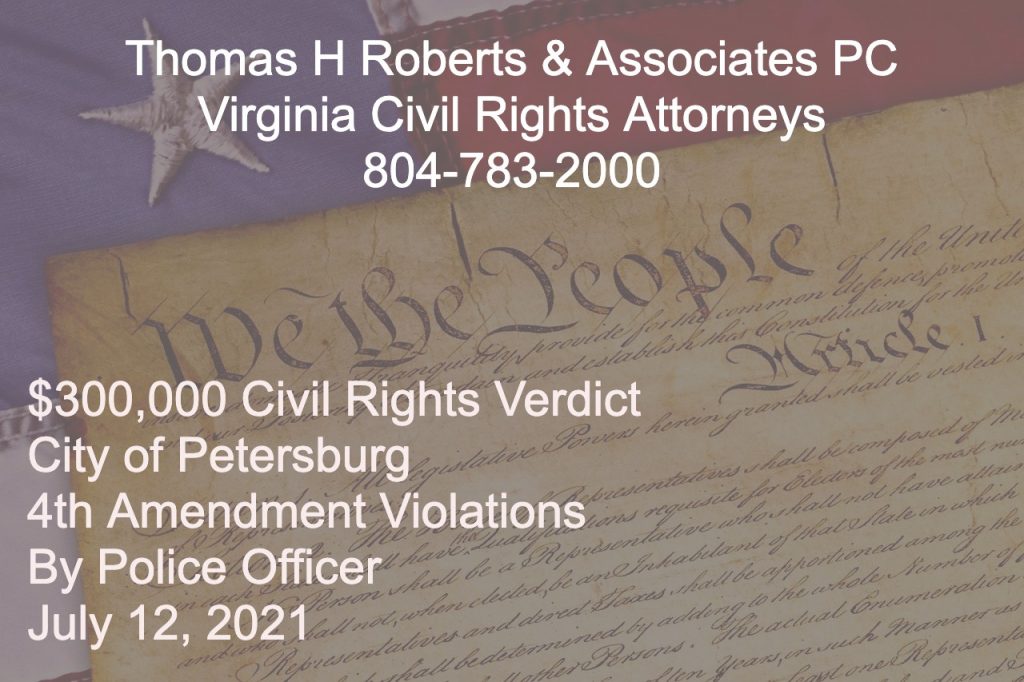 July 12, 2021 – Petersburg Virginia jury awarded Monica Cromartie $300,000 in compensatory and punitive damages against a Petersburg Police officer for false arrest, excessive use of force and an unlawful search of her vehicle in violation of the 4th Amendment to the United States Constitution.

$300,000 in compensatory and punitive damages for civil rights violations in City of Petersburg, Virginia 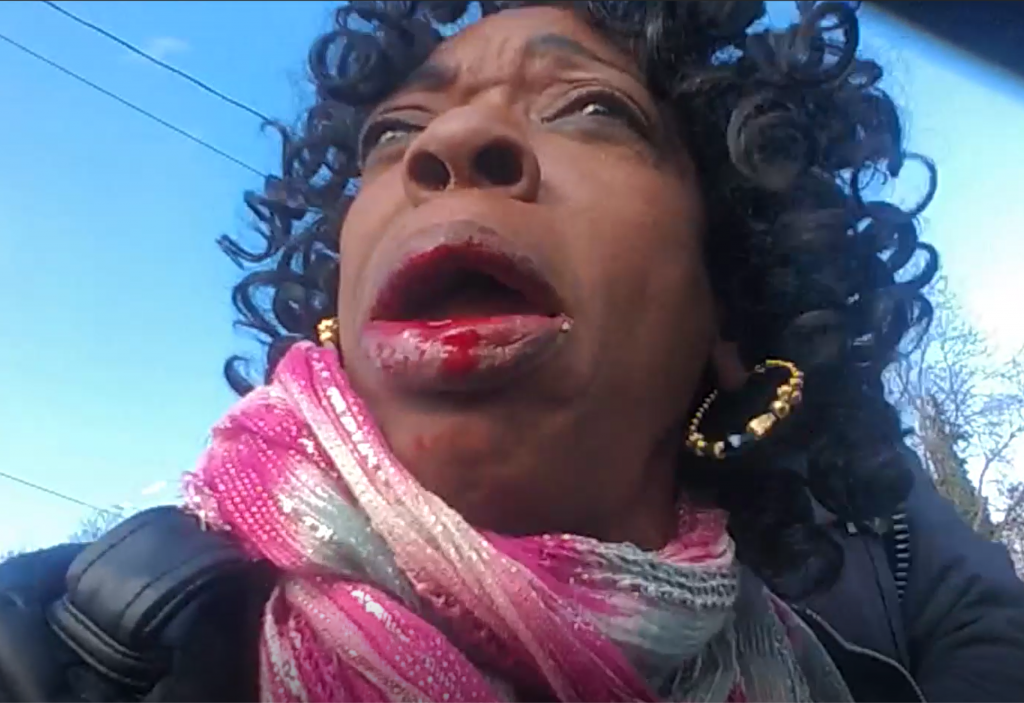 In this case, Monica Cromartie, an African American woman was stopped for speeding on February 12, 2015. A simple matter involving a traffic infraction went terribly wrong. When Ms. Cromartie got out of the car protesting, Officer Brian Lee Billings directed her to get back in her car and shut the door, which she did. Ms. Cromartie was a 54 year-old woman weighing about 100 pounds and standing about 4’ 9 inches. After backup arrived, Officer Billings approached the vehicle while Ms. Cromartie was vigorously protesting to somebody else on her cellphone, when he knocked on her window. She replied “What” but continued her protest into her cell-phone. When Billings stated “I need you to roll down your window” and “Ma’am” knocking on the window a second time, she stated “Hey officer, leave me alone.” With mere seconds passing, Officer Billings overreacted in a hostile and violent fashion, opened the driver’s door and ripped Ms. Cromartie from the car and forced her face-down onto the payment and placed his weight on her back with such force that he injured Ms. Cromartie’s forehead, teeth, lip, right eye and right knee before she was handcuffed and then shackled by the legs by other officers. 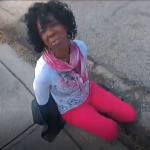 Officer Billings testified under oath to the magistrate that he “opened the car door, instructed her to get out” which the police videos did not support in order to obtain a warrant for obstruction of justice against her which was later dismissed.  The court found the fact that a neutral magistrate issued a warrant was not in this case a clear indication that an officer acted in an objectively reasonable manner, stating “when ‘it is obvious that no reasonably competent officer would have concluded that a warrant should issue,’ the “shield of immunity” otherwise conferred by the warrant will be lost.’”

Time for Police Departments to Police Themselves!

People who experience the trust of law enforcement violated often mistrust all police.  Ms. Cromartie was so traumatized by the interaction with the police that she would not call the police when she was facing the threat of domestic violence.  Tom Roberts stated “Our citizens deserve better!  It is time for good officers to stand up and refuse to be tarnished by those in their ranks — if police departments won’t clean house – with the help of juries from the communities we will.”  The jury heard that Petersburg Police Department failed to discipline the officer. 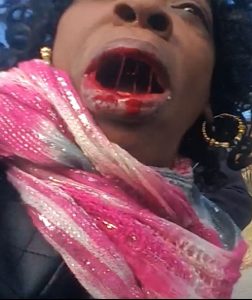 Virginia Supreme Court said this conduct will not be tolerated!

On January 16, 2020, the Virginia Supreme Court issued an opinion reversing the Circuit Court for the City of Petersburg which rejected federal civil rights claims and a unlawful search claim of Monica Cromartie, finding that Petersburg Police Officer Brian Lee Billings is liable for violations of an unlawful search under Virginia Code § 19.2-59, for false arrest under 42 USC § 1983 and excessive force claims under 42 USC § 1983 and remanding the case for a determination of compensatory and punitive damages, an award of costs, interest, and attorneys’ fees. 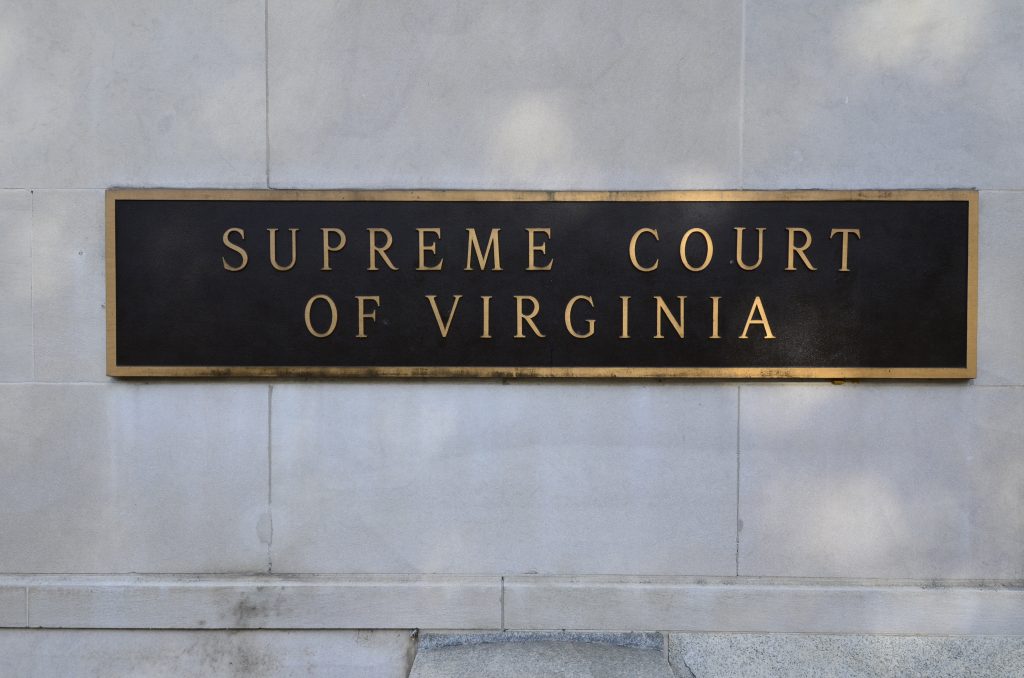 The Virginia Supreme Court stated “[I]n this case Billings faced a situation where there was obviously no need for the use of any force—writing a traffic citation to Cromartie for speeding and her minor delay in responding to his request to open her window—and took an unreasonably aggressive action of forcing her face-down onto the pavement, escalating this incident to a violent exchange where she suffered numerous injuries.”

The next phase of the proceedings will be to determine the attorneys’ fees to be awarded.

Congress put into place the provision for the payment of attorneys’ fees so that private attorneys would act as “private attorney generals” to enforce the civil rights statutes so that officers like Billings would be held unaccountable for their actions — it is an efficient way to enforce civil rights statutes without burdening the government with bureaucracy   to protect plaintiffs like Ms. Cromartie.

Because the City of Petersburg Police failed to promptly discipline the officer and failed to acknowledge the civil rights violations, this matter has dragged on for nearly 5 years resulting in substantial attorneys’ fees that the defense has paid attempting to escape liability and now for the legal fees incurred by Cromartie.

A LEADER IN VIRGINIA CIVIL RIGHTS

The law firm takes a team approach to its cases – and all have a passion justice and for defending the United States Constitution.
At trial, Jonathan Arthur, Esq. was lead counsel on this case, with Andrew Bodoh, Esq. in 2nd chair 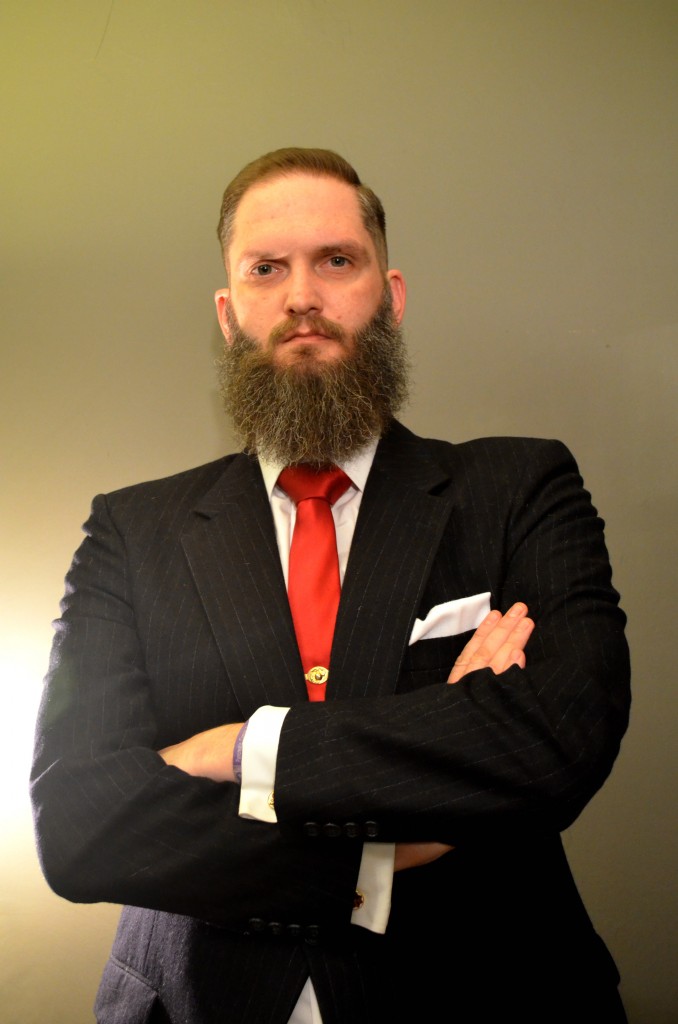 Attorney Jonathan Arthur, who handled the trial and appeal, stated “Our communities have had enough of police misconduct and will send the message that this conduct will not be tolerated.” 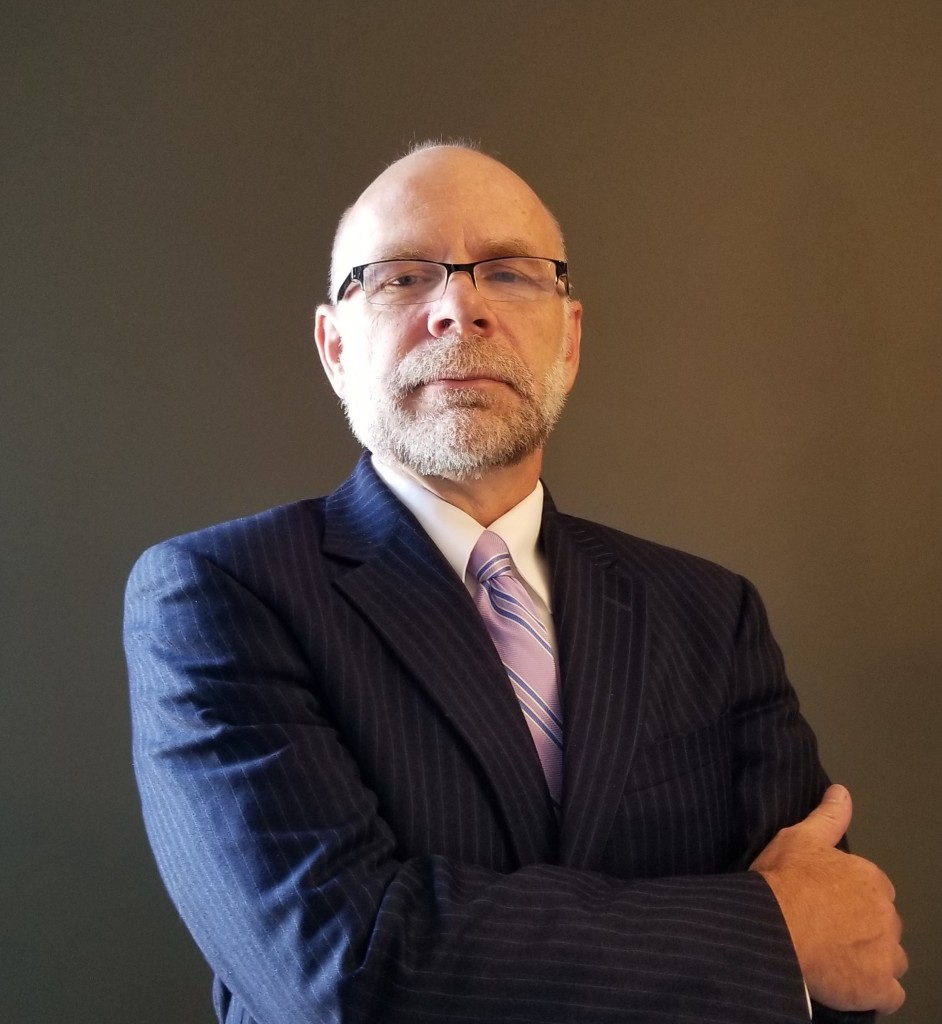 Attorney Tom Roberts stated “I am proud of the work that this law firm has been doing for over 35 years, bringing justice in our court’s and defending the Constitution when Police Officers have failed to live up to their oaths to uphold and defend the United States Constitution.  If the executive branch and its institutions do not hold them accountable then the community and the courts must provide a check to balance the power.” 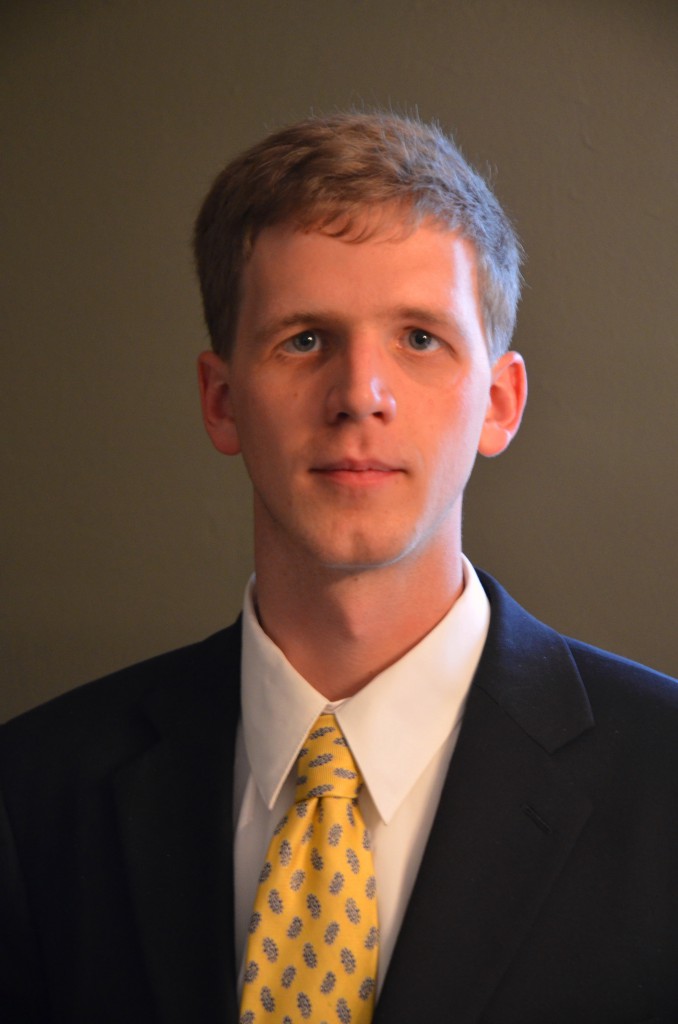 This trial was conducted using a rarely used procedure in Virginia under § 8.01-359(D) using a jury of 3 with the consent of the plaintiff and defendant.  The jury pool was not large enough to choose a standard 7 member jury in a civil case, so rather than rescheduling the trial for another day the parties opted to use this procedure.  The verdict was unanimous, but under this procedure would have been sufficient for a majority decision.  (After strikes from both sides, the typical civil jury is 5 for matters involving less than $25,000 and 7 for matters greater.  Criminal juries are 12 members after strikes)

D. In any civil case in which the consent of the plaintiff and defendant shall be entered of record, it shall be lawful for the plaintiff to select one person who is eligible as a juror and for the defendant to select another, and for the two so selected to select a third of like qualifications, and the three so selected shall constitute a jury in the case. They shall take the oath required of jurors, and hear and determine the issue, and any two concurring shall render a verdict in like manner and with like effect as a jury of seven.