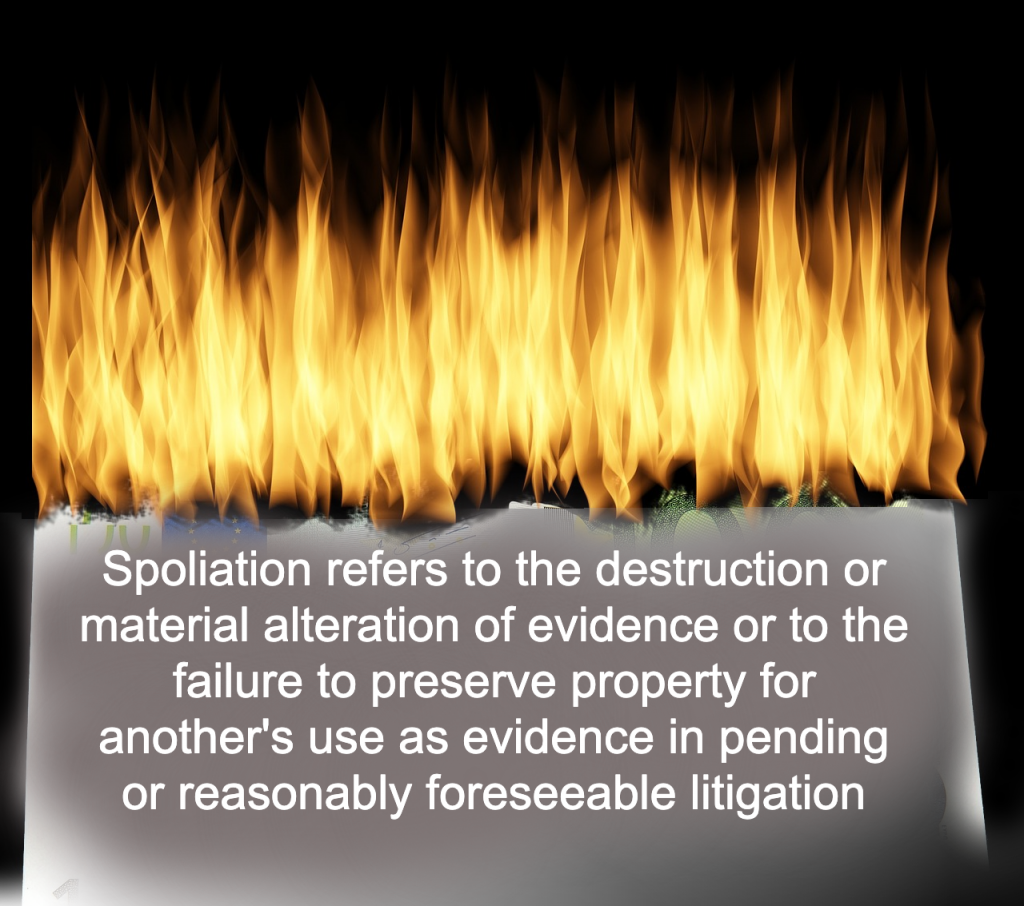 Motion for Sanction for Destroying or Failing to Preserve Evidence

The burden on a motion for sanctions for spoliation is a clear and convincing evidence standard.

For purposes of a spoliation analysis, the proper standard for “‘relevant’ means something more than sufficiently probative to satisfy Rule 401 of the Federal Rules of Evidence. Ordinarily, “the party seeking an adverse inference sanction must adduce sufficient evidence from which a reasonable trier of fact could infer that ‘the destroyed [or unavailable] evidence would have been of the nature alleged by the party affected by its destruction.'” Residential Funding Corp. v. DeGeorge Fin. Corp., 306 F.3d 99, 109 (2d Cir. 2002)(quoting Kronisch v. United States, 150 F.3d 112, 127 (2d Cir. 1998));  Byrnie v. Town of Cromwell, 243 F. 3d 93, 110 (2d Cir. 2001).

“A failure to preserve documents in bad faith, such as intentional or willful conduct, alone establishes that the destroyed documents were relevant.” Sampson v. City of Cambridge, Maryland, 251 F.R.D. 172, 179 (D.Md. 2008) “The reason relevance is presumed following a showing of intentional or willful conduct is because of the logical inference that, when a party acts in bad faith, he demonstrates fear that the evidence will expose relevant, unfavorable facts.” Sampson, 251 F.R.D. at 179 (citing Vodusek v. Bayliner Marine Corp., 71 F.3d 148, 156 (4th Cir. 1995); see also Residual Funding, 306 F.2d at 109.

What ESI must be preserved?

When a claim of spoliation pertains to ESI, Federal Rule of Civil Procedure 37(e) governs the analysis. When “[ESI] that should have been preserved in the anticipation or conduct of litigation is lost because a party failed to take reasonable steps to preserve it”—and that information “cannot be restored or replaced through additional discovery”—the court may be empowered to grant sanctions to the prejudiced party.  Steves & Sons, Inc. v. JELD-WEN, Inc., 327 F.R.D. 96, 103-04 (E.D. Va. 2018) (quoting Fed. R. Civ. P. 37(e)). Before a court may decide the spoliation issue, however, courts in this Circuit have required that the movant satisfy four threshold requirements:

While a district court has broad discretion in choosing an appropriate sanction for spoliation, ‘the applicable sanction should be molded to serve the prophylactic, punitive, and remedial rationales underlying the spoliation doctrine….dismissal [or default judgment] should be avoided if a lesser sanction will perform the necessary function.”