Is the Board of Medicine or Psychiatrist liable to victims for putting sexual predator in a position to harm patients?

For Example – On June 21, 2021, NBC-12 and WRIC/ABC-8 reported that Dr. Michael Pollock had been arrested facing sexual assault charges in connection to an incident that happened on May 17, 2021.  Since Dr. Pollock had faced discipline in the past involving sexual issues with patients, [See Public Record] one may ask whether the current alleged victims may make a claim against those responsible for letting him continue to have access to patients in a therapeutic setting.  The answer is probably not. The Board of Medicine is generally protected by sovereign immunity for its many errors in judgment.  Dr. Graenum Schiff, a psychiatrist that opined in 2011 to the Board of Medicine that Dr. Pollock “is not a sexual predator” and that he did not believe Dr. Pollock “is any danger to his patients” is not likely liable to the alleged victims under Virginia law because his duties were not to the victims, and he did not “control” Dr. Pollock.  It appears that he was simply terribly wrong in his judgment.

Pollock is allegedly charged with three counts of aggravated sexual battery and object sexual penetration in connection to an incident that allegedly happened at a workplace in Richmond.

His alleged victim(s) may have causes of action against him. 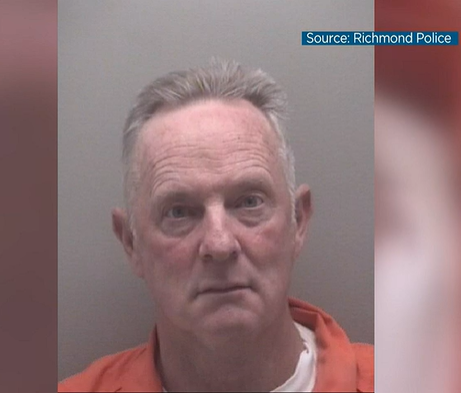 Dr. Michael D. Pollock is presumed innocent until proven guilty by a court of law.  This article should not be deemed to make any factual statement  regarding the charges against him.

Courts have carved out an exception to this rule against third party liability in cases in which the defendant stands in some special relationship to either the person whose conduct needs to be controlled or in a relationship to the foreseeable victim of that conduct (see Rest.2d Torts, supra, §§ 315-320).

“Take Charge of” or “Control” is emphasized in Virginia’s analysis of third party liability making it even more restrictive than other states. Virginia emphasizes the interactive effect of §§ 315 and 319 and highlights the important part of the “take charge” language of § 319 plays in determining whether a special relationship exists under § 315(a).

Section 319 of the Restatement is applicable, and it provides as follows:

One who takes charge of a third person whom he knows or should know to be likely to cause bodily harm to others if not controlled is under a duty to exercise reasonable care to control the third person to prevent him from doing such harm.

In Nasser v Parker, the Virginia Supreme Court determined there was no liability resulting from the failure of a psychiatrist and a psychiatric hospital to warn a victim of the release from the hospital of a former boyfriend who had threatened to kill her. The Court pointed out that the admission was voluntary and therefore the psychiatrist and hospital never took “control” of him.

Similarly in Virginia –  Fox v. Custis, which involved the criminal conduct of Morris Odell Mason, a parolee, who burned down the dwelling house of one plaintiff; abducted, beat, raped, and set fire to a second plaintiff; and shot, stabbed, and otherwise attacked a third plaintiff, the court found that the parole officer did not “control” the parolee and dismissed the claim against the parole officer.

Restatement (Second) of Torts § 324A, which states as follows:

One who undertakes, gratuitously or for consideration, to render services to another which he should recognize as necessary for the protection of a third person or his things, is subject to liability to the third person for physical harm resulting from his failure to exercise reasonable care to protect his undertaking, if

(a) his failure to exercise reasonable care increases the risk of such harm, or

(b) he has undertaken to perform a duty owed by the other to the third person, or

(c) the harm is suffered because of reliance of the other or the third person upon the undertaking. 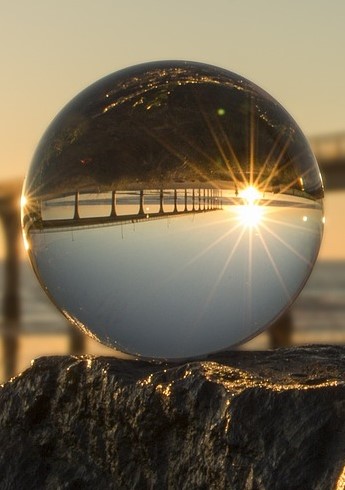 To impose a duty [on a psychiatrist] to warn or protect third parties would require the psychiatrist to foresee a harm which may or may not be foreseeable, depending on the clarity of his crystal ball. Because of the inherent difficulties psychiatrists face in predicting a patient’s dangerousness, psychiatrists cannot be charged with accurately making those predictions and with sharing those predictions with others.   Imposing such a duty is neither reasonable nor workable and is potentially fatal to effective patient-therapist relationships.

The Board of Medicine's Liability

The Board of Medicine is protected for their many grievous errors in judgment by sovereign immunity.  Government can function only through its servants, and certain of those servants must enjoy the same immunity in the performance of their discretionary duties as the government enjoys.  However, government officials are not protected for gross negligence!

Examples of exceptions to the general rule against liability to 3rd persons - where courts found liability:

In Tarasoff, a case out of California, a patient, Poddar, confided to a psychologist employed by a hospital at the University of California that he intended to kill the plaintiffs’ daughter, Tatiana, who was then in Brazil. At the psychologist’s request, campus police briefly detained Poddar, but released him when he appeared rational. The psychologist’s superior then directed that no further action be taken to detain Poddar. No one warned the plaintiffs of Tatiana’s peril, and, shortly after she returned from Brazil, Poddar went to her apartment and killed her.

There now seems to be sufficient authority to support the conclusion that by entering into a doctor-patient relationship the therapist becomes sufficiently involved to assume  some responsibility for the safety, not only of the patient himself, but also of any third person whom the doctor knows to be threatened by the patient.” (Fleming & Maximov, The Patient or His Victim: The Therapist’s Dilemma (1974) 62 Cal.L.Rev. 1025, 1030.)

Defendants, therapists and police, did not confine a patient who expressed intentions to kill victim, nor warn victim of patient’s intentions. Patient killed victim. Plaintiffs, victim’s parents, filed suit against defendants, alleging failure to warn of impending danger, and failure to confine patient under the Lanterman-Petris-Short Act, Cal. Welf. & Inst. Code § 5000ff. Defendants’ motion to dismiss was granted. On appeal, the court affirmed dismissals against defendant police on all claims, holding there was no duty to plaintiffs, and defendant therapists for failure to confine, holding they were protected by governmental immunity. The court reversed the dismissal of the failure to warn claim, holding that defendant therapists’ special relationship to patient was extended to victim, and a duty existed to use reasonable care where they had knowledge that patient was going to harm victim. Governmental immunity did not protect defendant therapists from liability for such a ministerial administrative act.

The test of liability under the Federal Tort Claims Act is set out in § 2674, the first paragraph of which reads:

“The United States shall be liable, respecting the provisions of this title relating to tort claims, in the same manner and to the same extent as a private individual under like circumstances, but shall not be liable for interest prior to judgment or for punitive damages.”

“* * *  While the policy embodied in the Veterans Administration Regulations that patients should be allowed the maximum of freedom warranted by their condition is a discretionary decision, the application of that policy to an individual case is not within the category of policy decisions exempted by the statute. The application of that policy to the individual case is an administrative decision at the operational level which if negligently done will make the Government liable – whether it involves substandard professional conduct (malpractice) or simple negligence in custodial care. * * *”