2-5-2020 – The law firm of Thomas H. Roberts & Associates, PC. achieved another victory for the First Amendment with a federal opinion establishing that a law enforcement officer cannot lawfully retaliate against a citizen for criticisms and Facebook posts by attempting to induce another officer to issue a traffic citation.

In a decision issued Wednesday, Judge David J. Novak of the U.S. District Court for the Eastern District of Virginia wrote, “Logic dictates that if government officials cannot direct or effect the arrest of a citizen for retaliatory reasons, government officials cannot induce the arrest – or, in this case, citation – of a citizen for those same reasons, even if the official induced otherwise has probable cause for the arrest or citation.” 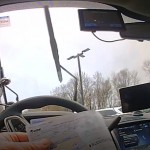 In an incident recorded on a body camera, Spotsylvania Deputy Marcia Curtis called her colleague 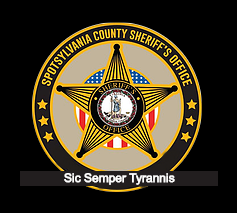 Deputy Riley after hearing the name of three motorists he had pulled over. She asked him if his phone was “secure” and then immediately offered to buy him lunch if he issued a citation to “this Snoeyenbos person.” The motorist, Rebecca Snoeyenbos, had been critical of Deputy Curtis after a traffic ticket almost six years before, making complaints to the Sheriff’s Office and on Facebook. 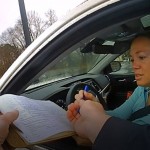 “We are very happy with the decision,” states civil rights Attorney Andrew T. Bodoh, who is representing the Plaintiff in the lawsuit. “The decision is itself a substantial First Amendment victory. This decision clears the way for the case to be heard by a jury.”

On the retaliatory inducement claim, the Court decided that defendant Deputy Curtis was not entitled to “qualified immunity,” a legal defense that allows officers to escape liability for their conduct if the law at the time of the conduct did not clearly show that the conduct was unconstitutional. Judge Novak rejected this “good faith” defense, provided the Plaintiff can establish that the conduct chilled the Plaintiff’s speech. The decision states, “After reviewing the state of the law in this Circuit in January 2019, the Court finds that a reasonable law enforcement officer would have known that inducing another officer to issue a citation to a citizen in retaliation for the citizen’s protected First Amendment activity violated the citizen’s constitutional rights.”

The Court further made it clear that qualified immunity was not intended to cover these situations. “Such conduct cannot possibly be considered a discretionary decision in furtherance of Defendant’s duties as a law enforcement officer. Nor does Defendant’s decision to call Deputy Riley to induce the issuance of a citation ‘ensur[e] that those who serve the government do so with the decisiveness and the judgment required by the public good.’”

The materials are prepared for information purposes only.  The materials are not legal advice.  You should not act upon the information without seeking the advice of an attorney.  Nothing herein creates an attorney-client relationship.
Contact:
Thomas H. Roberts, Esq.
Andrew T. Bodoh, Esq.
Thomas H. Roberts & Associates, P.C.
105 S 1st Street
Richmond, Virginia 23219
(804) 783-2000
(804) 783-2105 fax

Taxing Settlements and Judgments – Are Attorneys’ fees paid included in income to litigant? »
« Injunction by Gun Owners of America likely to Fail