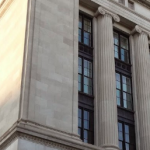 “The Virginia Supreme Court only accepts a small fraction of the civil cases that it is asked to hear—about one of every five,” says attorney Andrew T. Bodoh, Esq., senior associate with Thomas H. Roberts & Associates, P.C. “We are proud that the Court has accepted our clients’ appeals.”

“I am pleased of the sharp skills of the law firm’s associates tMr. Bodoh and Mr. Arthur who persuaded Virginia’s Supreme Court to take these cases.”  said Tom Roberts, Esq. who has litigated civil rights cases in Virginia for over 30 years.

In the case of Monica Cromartie v. Brian Lee Billings, Case No. 180851, the plaintiff is represented by associate attorney Jonathan M. Arthur, Esq., with associate attorney Bodoh assisting. In April 2017, Arthur persuaded a Petersburg jury that the defendant, a former Petersburg Police Officer, was liable for assault, battery, false imprisonment, and malicious prosecution following from a traffic stop and subsequent arrest. The appeal concerns Constitutional claims brought under 42 U.S.C. § 1983, and a Virginia claim for an illegal search of the plaintiff’s belongings under Virginia Code § 19.2-59, which the trial court dismissed prior to the jury verdict,

“Despite the legislature stating that officers are liable for illegal searches, the trial court ruled that the officer was protected by sovereign immunity,” Attorney Arthur explained, “Sovereign immunity is the principal that you can’t sue the king or his officers when they do something wrong. But the General Assembly has the power to change the rules, and they have in the context of illegal searches–they enacted Virginia Code § 19.2-59 which waived that immunity.”

The second case is James Brayboy v. Amber Durrette, Case No. 180426, in which the plaintiff filed pro se defamation claims against the defendant, a Henrico County police officer. The claims were dismissed by the trial court for failing to state a claim and on the grounds of sovereign immunity. Attorney Bodoh agreed to represented the plaintiff in his appeal.

“As far as I can see, the Virginia Supreme Court has never squarely addressed the application of sovereign immunity to a defamation claim against an officer,” Attorney Bodoh noted. “We look forward to the Court confirming what the federal courts have held—that sovereign immunity does not protect officers from defamation suits in Virginia.”