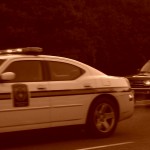 (See update below)  Freaky Friday Halloween Decision by the Virginia Supreme Court.  The public is mystified by what it considers a new legal absurdity –Listening to your car radio in a private driveway while drinking is illegal and may result in a DUI conviction!  Sarafin v. Commonwealth of Virginia, October 31, 2014.

The odd conclusion in this DUI case is the result of the court’s deference to the General Assembly.  Rather than concluding that the General Assembly occasionally does a poor job drafting legislation, the court does its best to interpret the statute which from time to time results in legal absurdities.  The court bases its decision on rules of statutory construction.  The court states “[W]hen the General Assembly has used specific language in one instance, but omits that language or uses different language when addressing a similar subject elsewhere in the  Code, we must presume that the difference in the choice of language was intentional.”   This might have been a time where the presumption should have been rebutted.

The reason for rejecting this definition is that to do so would result in a separate absurdity.  § 18.2-266 reads in part, “It shall be unlawful for any person to drive or operate any motor vehicle, engine or train (i) while such person has a blood alcohol concentration of 0.08 percent or more by weight by volume…”  The court points out that trains do not operate on public highways but on privately owned tracks and therefore reading in the “on a highway” language would make the trains provision meaningless.  (Unless of course the statute only restricts drunk train operating when the track intersects with public highways).

The decision was split 4-3, with a very vocal dissent.   Justice Mims dissenting stated that the court had previously recognized the nexus or connection between § 46.2-100 and § 18.2-266 in Enriquez v. Commonwealth in 2012 when the court stated that “when an intoxicated person is seated behind the steering wheel of a motor vehicle on a public highway and the key is in the ignition switch, he is in actual physical control of the vehicle and, therefore, is guilty of operating the vehicle while under the influence of alcohol within the meaning of Code § 18.2-266.”  Without [the element of ‘on a public highway’], the Court has taken the final step toward construing Code § 18.2-266 to punish a person for merely occupying, rather than operating, a motor vehicle.”  Justice McClanahan, joined by Chief Justice Kinser also dissented, stating that the “on a highway” element has been the Court’s interpretation as far back as 1964, for similar reasons as Justice Mims.

In an attempt to remedy the language of the statute that led to the decision, the Virginia Senate passed 47/3 the following:

For the purposes of this article, the term “motor vehicle” includes mopeds, while operated on the public highways of this Commonwealth.

A. It shall be is unlawful for any person under the age of 21 to operate any motor vehicle on any highway, as defined in § 46.2-100, after illegally consuming alcohol. Any such person with a blood alcohol concentration of 0.02 percent or more by weight by volume or 0.02 grams or more per 210 liters of breath but less than 0.08 by weight by volume or less than 0.08 grams per 210 liters of breath as indicated by a chemical test administered as provided in this article shall be in violation of this section.

B. A violation of this section is a Class 1 misdemeanor. Punishment shall include (i) forfeiture of such person’s license to operate a motor vehicle for a period of one year from the date of conviction and (ii) a mandatory minimum fine of $500 or performance of a mandatory minimum of 50 hours of community service. This suspension period shall be in addition to the suspension period provided under § 46.2-391.2. The penalties and license forfeiture provisions set forth in §§ 16.1-278.9, 18.2-270 and 18.2-271 shall not apply to a violation of this section. Any person convicted of a violation of this section shall be eligible to attend an Alcohol Safety Action Program under the provisions of § 18.2-271.1 and may, in the discretion of the court, be issued a restricted license during the term of license suspension.

C. Notwithstanding §§ 16.1-278.8 and 16.1-278.9, upon adjudicating a juvenile delinquent based upon a violation of this section, the juvenile and domestic relations district court shall order disposition as provided in subsection B.

The modification will of course create a loophole to the prohibition of the operation of a train except for when the train crosses a public highway.