Litigation is often expensive.  There are many cases where it just doesn’t make financial sense to hire an attorney.  This article is intended to provide a guide for individuals that want to litigate without an attorney called “pro se”.

THE RIGHT TO REPRESENT YOURSELF.

Individuals have the right to represent themselves in court.  You do not have the right to represent a company like a corporation or a limited liability company (LLC), even if it is your own company unless special rules permit you to do so.  (See e.g., cases less than $2500 – Code of Virginia § 16.1-81.1 or filing suit up to $25,000 but not arguing or even filing bill of particulars – Code of Virginia § 16.1-88.03)The reason for this is that the corporation or the limited liability company is in the eyes of the law a separate entity from you individually 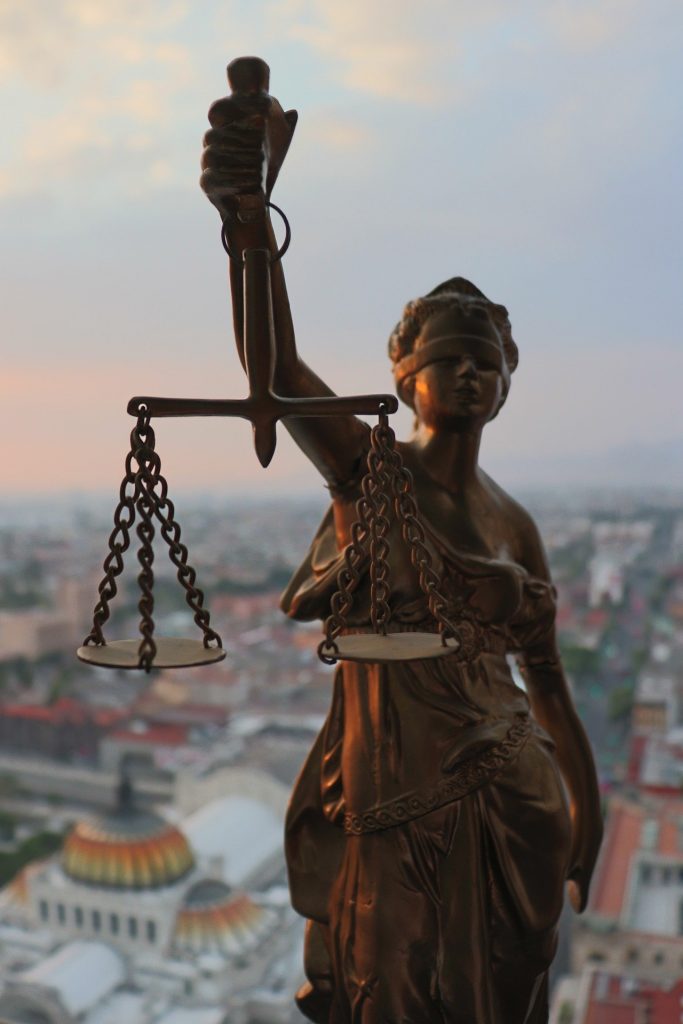 DANGERS OF REPRESENTING YOURSELF

Just because you have the right to represent yourself doesn’t mean that you should.  There is an old saying “The one who represents himself has a fool for a client.” 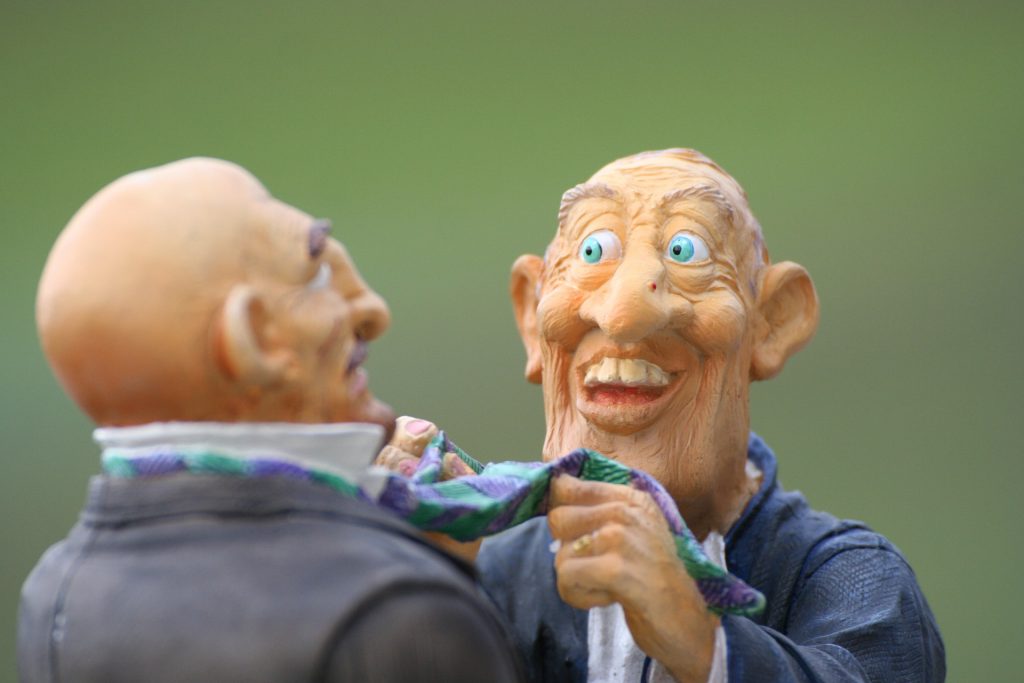 Not always cost efficient.  Professionals should have both the experience and knowledge to do the job better – sometimes people are “penny wise and pound foolish” saving on the front end on attorneys fees may actually end up being more costly in the long run.

Subject to the same rules as attorneys.  When you represent yourself, you are obligated to follow the same procedural rules that professional attorneys are required to follow.  Your inexperience or lack of knowledge may hurt you.  In Virginia, you may be subject to the same “sanctions” as if you were an attorney under Va. Code 8.01-271.1.

Your lack of knowledge will be no excuse.  You may not realize the impact of your decisions but will have to live with the consequence.  There are many pitfalls that you may not be familiar with, for example – the statute of limitations, the need to preserve objections, the impact of res judicata, and many more. 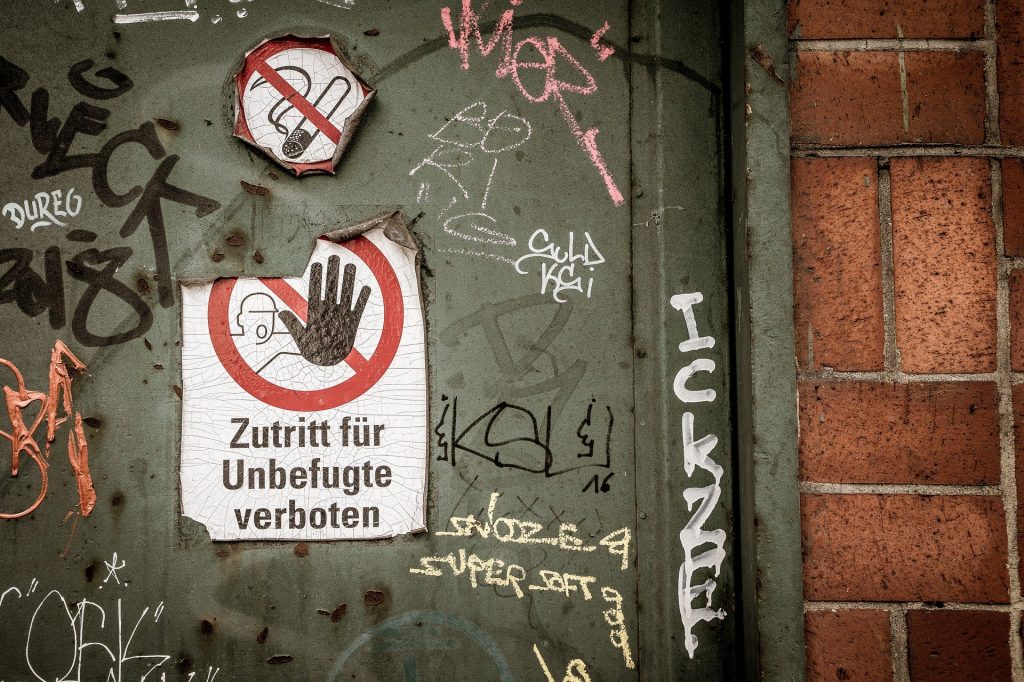 A GUIDE FOR PRO SE LITIGANTS

But there are occasions where it makes sense to represent yourself.  If you do, here is a guide and some tips.

Read the Rules of Court 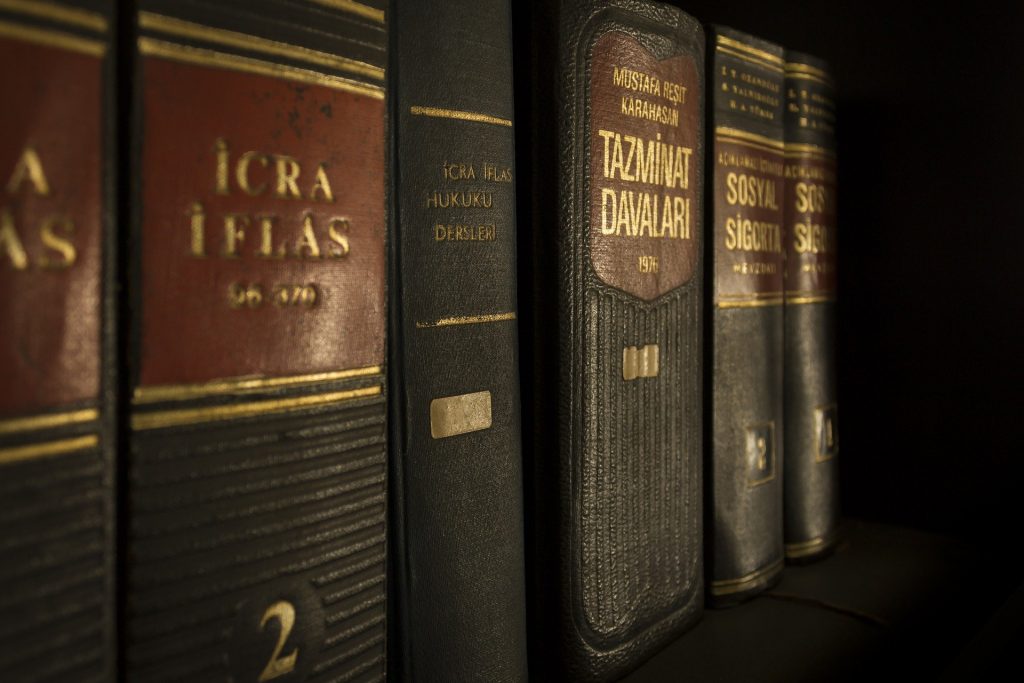 Part One. General Rules Applicable to All Proceedings

Read the Rules of Evidence

For civil cases, you should take a look at Title 8.01. Civil Remedies and Procedure

Read the statutes related to litigation

The law that applies to your case may be Constitutional, statutory or common law.  The Federal Constitution and the State Constitution are the supreme law which may be relevant to your case.  Then there are statutes or legislation, which are the laws passed by the legislature.  Finally, there is common law – law that is derived from custom and judicial precedent rather than statutes.  Often used examples of common law include assault, battery and trespass, 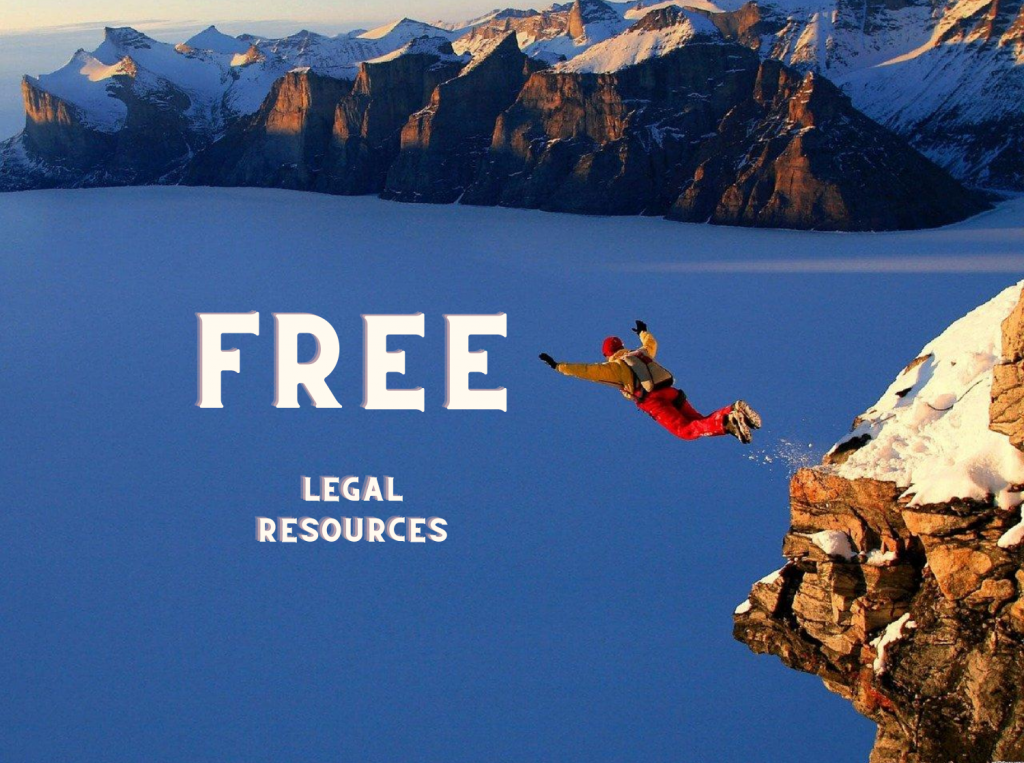 How to file a lawsuit. 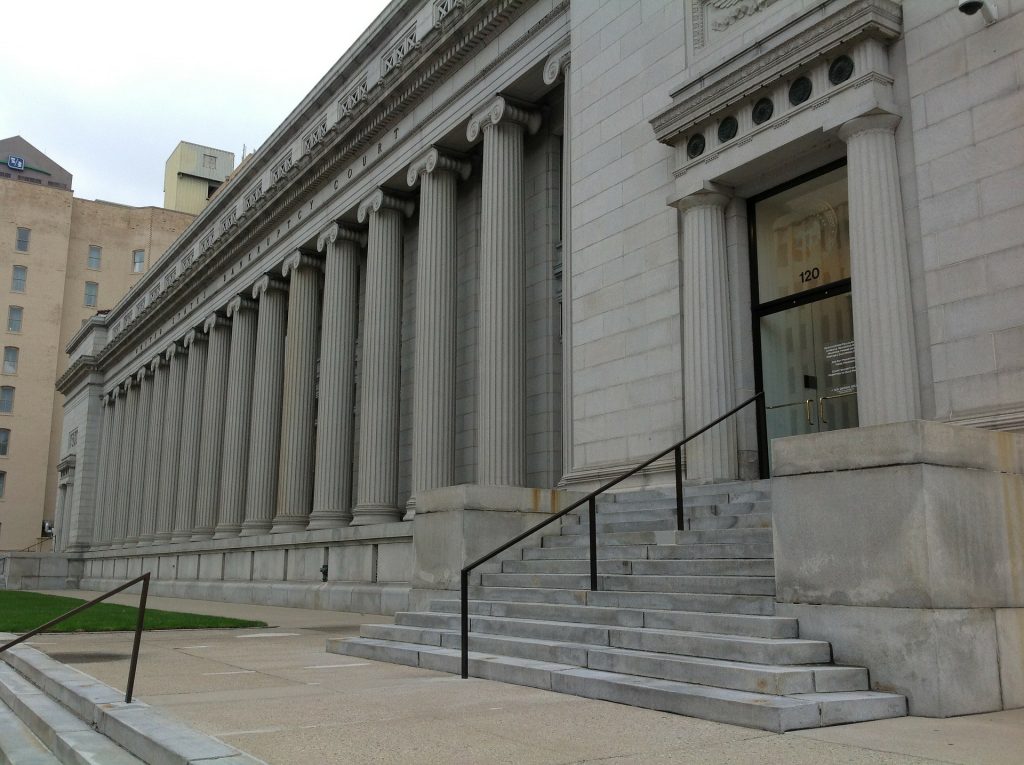 For claims up to $25,000, you can file a warrant in debt in the General District Court.  You should complete this form, following the instructions and any guidance that the particular court may give you.  When you show up on the court date, if the defendant was served but fails to appear you may ask the court to enter a default judgment in your favor and will have to prove your damages to the court.  If the defendant appears and contests the case, the court may require you to file a bill of particulars, more fully explaining your case and then show up for a trial at a later date.

Reread the rules of evidence.  Ask the clerk to subpoena your witnesses and any necessary documents from others to the court.  Have an outline of what you must prove.  1st the basis for the suit and 2nd the damages.  Know what you or your witnesses will testify to that’s relevant to the case — pay attention to hearsay which will not be permitted unless the rules have an exception.  Hearsay is a statement made by another (other than the other party) outside of the courtroom offered by the litigant to prove whatever that person said.  Not every statement said outside of the courtroom is offered to prove what the person said was true, for example if you were to testify that “Jonny called me an idiot” unless you are offering the statement to actually prove you are an idiot, it is not hearsay.  It may be evidence of Jonny’s hostility to you or what provoked a response from you, etc.

The plaintiff usually presents their evidence first.  That is, you put on your witnesses and you may testify.  Each of your witnesses may be cross examined by the other party.  Any relevant documents properly authenticated should be made part of the evidence by asking the court to “move the document into evidence.”  When you are done, the other side may first argue to the court that even if everything you said was true, it is not enough to support your case — This is called a “motion to strike the evidence.”  If the motion is overruled, then the other side can present witnesses and exhibits.  You should be prepared to ask questions called “cross-examination” of that witness.  You don’t get to simply state “that’s not true” or to argue with the witness — it is the time to grill the witness if necessary with questions designed to show the witness is lying, simply is mistaken, doesn’t know or to elicit contradictory testimony.  After the other party finishes, you may want to call any rebuttal witnesses to testify.  When the other parties witnesses are testifying or when they are cross-examining your witnesses or trying to introduce evidence, if that testimony or evidence violates a rule of evidence you may object and ask the court not to consider the evidence.  You have to make those objections at the time the evidence is being introduced.  Finally at the end of the case you can “argue” the case, explaining why based upon the evidence, the court should find any particular witnesses credible or not-credible and why the evidence proves that you are entitled to a judgment against the other party.

Click here - For Some of the Companies we use.

Pay attention to the Court

When the judge is speaking, shut your mouth and listen.  Make sure you answer any question that the judge asks.

This is not the Jerry Springer show.  (By the way, in some circumstances, you should consider taking your case to such a TV show rather than bringing trashy drama into a courtroom – some of these shows will pay both parties for their trashy drama.)  Arguing with the other party or a witness will not help your case.  Unless examining a witness, all of your comments and arguments are made to the judge and not to the other party.  Finally, even if you would like to give the Judge a piece of your mind – it is not likely to help and more certainly may hurt you. 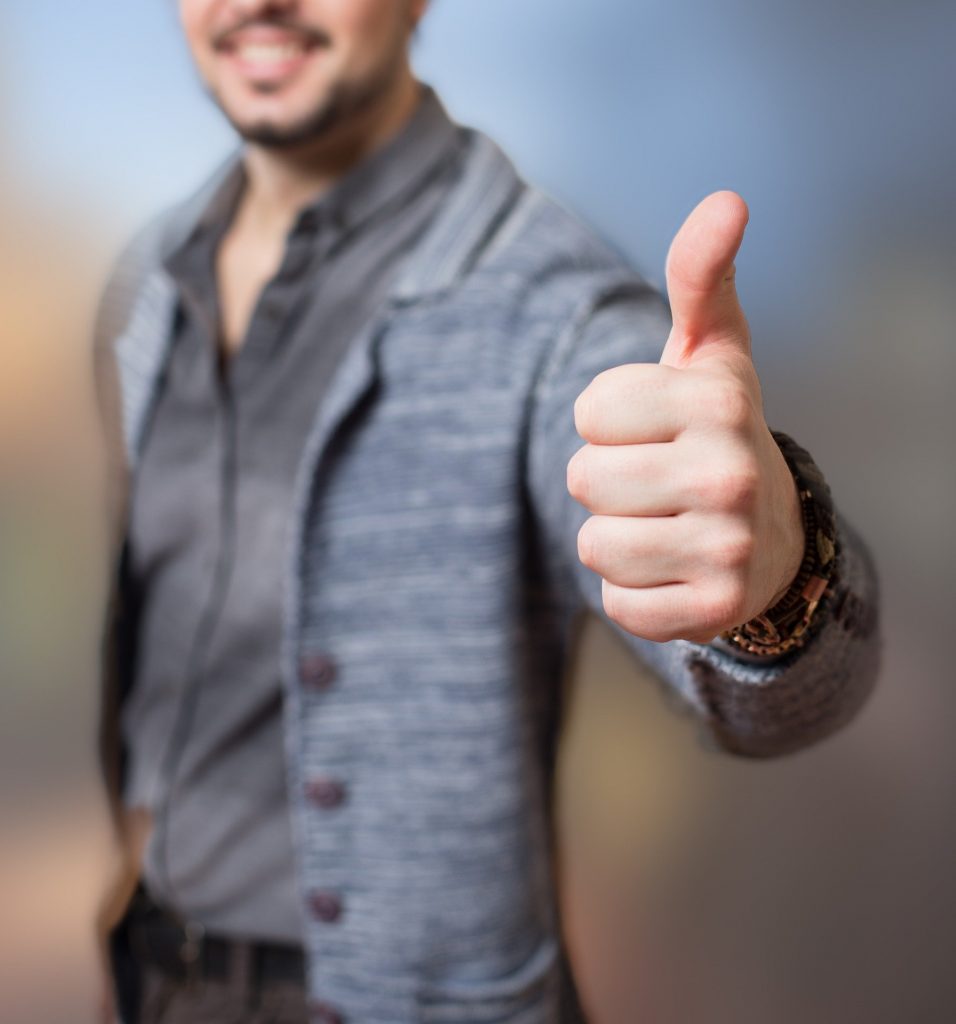 Appeals to the Circuit Court

Either party has a right to appeal the case to the Circuit Court for a “de novo” appeal, meaning that you would have a brand new trial without regard to the determination of the General District Court.  However, there are times that the General District Court may require you to post a bond for such an appeal.  DON’T MISS YOUR DEADLINE FOR AN APPEAL

Consider carefully whether you really want to represent yourself.

Many attorneys don’t want to represent a person after they have created a murky muddy pie by trying to litigate a case on their own and then seeking legal counsel after everything that could go wrong has gone wrong.

If you decide to represent yourself – Good luck!

Nothing herein is intended to be legal advice to you!  If you represent yourself – you alone are responsible.  The law firm always recommends that you seek the advice of counsel.  Sometimes it is well worth it to pay for a 1 hour paid consult with an attorney even if you decide to represent yourself.  Nothing herein creates an attorney client relationship.  As with all of this website – it is intended for Virginia and nothing in this website evidences any intention to purposely avail the law firm of the benefits and protections of other jurisdictions.