Can I Bring a Wrongful Death Claim for a Breach of Contract in Virginia?

What is a Wrongful Death Claim?

For a long time, the law did not provide a civil remedy for a family that lost a member through the misconduct of another. Lawsuits were personal, it was thought, and the common law did not require a wrongdoer to compensate family members if they were not personally the victim of the wrongdoer’s conduct. But this harsh view has been altered by statute in Virginia, as it has been in most states. This statute gives families a right to recover compensation in “wrongful death” lawsuits. See Virginia Code § 8.01-50.

The stereotypical wrongful death claim is based on negligence. For instance, just as you can sue the driver of a car for injuries he or she caused through negligence in a vehicle accident, the family of a person killed in a car accident can recover compensation from the negligent driver for the loss. Unlike the standard car accident case—where  the compensation is typically based on the property damage, the medical bills, the lost time at work, the pain and suffering and the like—the types of damages that might be recovered in a wrongful death lawsuit are specified to include the following categories of damages suffered by the legal beneficiaries (spouse, children, and possibly parents or siblings):

In other words, the damages in a wrongful death claim do not focus on the physical or mental injuries of the deceased person, but on the consequences to the family members.

Wrongful death actions would not be confused with lawsuits that a person may bring on behalf of the deceased person. For instance, if a person is in a car accident, and then later dies from an unrelated cause, a personal representative might be able to sue for the car accident, just as if the person was still alive. Because the car accident was unrelated to the person’s death, this is not a “wrongful death” lawsuit, and the suit would be intended to recover the pain and suffering and damages caused to the deceased person, not to his relatives. A wrongful death lawsuit requires that the incident giving rise to the lawsuit caused the person’s death.

How Can a Breach of Contract Lead to a Death? 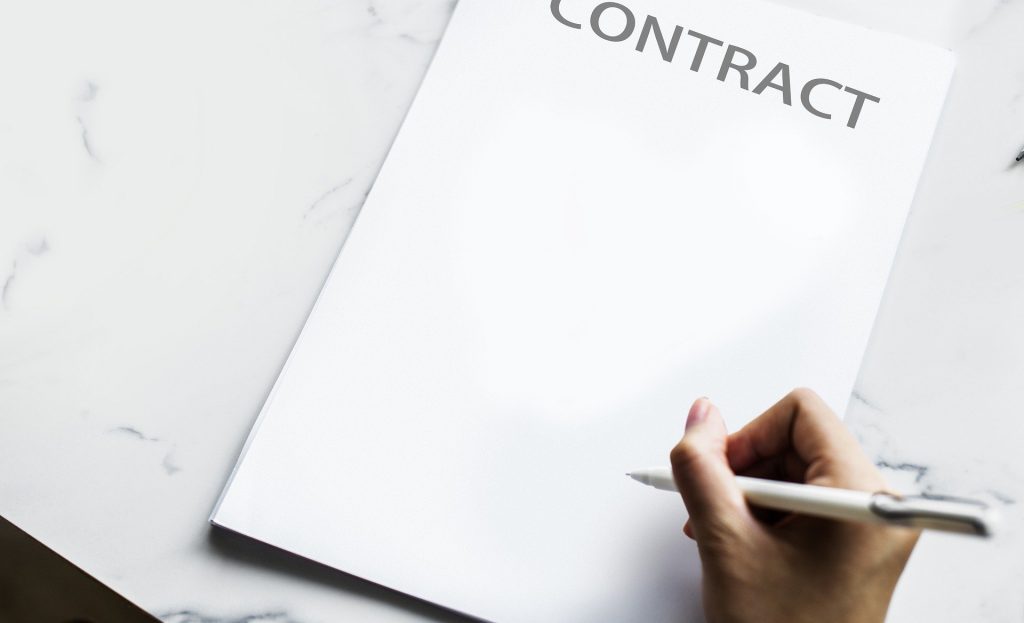 Contracts are not simply limited to the words of the agreement, whether written or oral. Contracts also incorporate the existing law, and sometimes contracts include other terms by operation of the law. These implied terms are enforceable, as a matter of public policy, because they promote fairness and trust in contracts—an important matter in a world full of strangers making deals. And so, if you buy groceries from the grocery store, you are not simply buying milk and bread. You are also buying an implied warranty that the milk and bread are fit for their ordinary use—eating and drinking. See Virginia Code § 8.2-314. If you hire someone to fix your car, you are not simply receiving the promise of his services. You are also (generally speaking) receiving the promise that the services will be performed in a workmanlike manner. See Clevert v. Jeff W. Soden, Inc., 241 Va. 108, 111 (1991).

A breach of these contracts may have fatal consequences. Groceries may be poisonous. A bad car repair can cause an highway accident. And security forces sometimes don’t do their job.

Why Wouldn’t I Be Able To Sue for a Wrongful Death from a Breach of Contract?

The question, then, is whether a breach of contract can be the basis of wrongful death lawsuit in Virginia. Some courts don’t think so, at least in some cases.

In the case of Schoonover’s Adm’r v. Blue Cross & Blue Shield of Va., 8 Va. Cir. 322 (Cir. Ct. 1987), an insured individual was allegedly denied psychiatric treatment on insurance grounds, and committed suicide. The man’s personal representative sued, alleging that the insurance company breach of contract by not authorizing coverage for the treatment. The judge dismissed the claim, though writing, “Here . . . Schoonover’s administrator complains that the breach of contract caused the death of his decedent. The damage is the death itself. At common law such damages were not recognized, they were saved only by legislative action in the enactment of the Death by Wrongful Act statute, § 8.01-50 of the Code. It is my view that breaches of contract which result in death as alleged here are not saved by this statute.” Schoonover’s Adm’r v. Blue Cross & Blue Shield of Va., 8 Va. Cir. 322, 324 (Cir. Ct. 1987). In a show of judicial humility, however, the judge wrote, “These last issues were not briefed or argued by counsel, nor have I researched them in great depth. If either party feels that something has been overlooked and wishes to be heard, I will entertain such a request if made within ten days of the date of this letter.” Id.

Similarly, in Kimble v. Withers, 2013 U.S. Dist. LEXIS 167510 (2013), the United States District Court for the Western District of Virginia (Harrisonburg Division) considered a claim that a bank might be responsible for a woman’s death when it refused to honor a power of attorney for her son to access her money, to pay for medical care. The Court determined in dicta, without much analysis, that “plaintiff’s wrongful death claim fails because it asserts damages in tort for an action arising solely out of a contract.” Id. at *13.

Similarly, in Sakaria v. Trans World Airlines, 8 F.3d 164, 173 n.13 (4th Cir. 1993), the Court dealt with an unusual case of a pilot that died by heart attack after a near-encounter with a terrorist incident in Rome. The claim, applying Maryland law, included a breach of contract action, alleging that the airline breached its contract by failing to provide adequate means to make a nonstop flight past Rome as scheduled, and when the pilot tried to land in Rome, he had to deal with a terrorist incident that was occurring, forcing him to land at another airport due to low gas. Though the Court determined that Rome was a scheduled stop, and so there was no breach of contract, it added in dicta the following comment: “There could be another infirmity in the ‘contract’ theory in the wrongful death claim. The general rule is that breach of contract claims don’t lie under wrongful death statutes, that those statutes contemplate only tort as a basis for liability. See Prosser and Keeton on Torts, § 127. We need not address whether that is the rule in Maryland in view of our disposition on other grounds.”

So Why Can You Sue For Wrongful Death Arising From a Breach of Contract?

Because the statute says you can, and the Virginia Supreme Court apparently agrees.

There are certain contractual relationships where contract claims clearly do support wrongful death claims, such as breach of implied or express warranties. But these are not exceptions to the general rule.

Code § 8.01-50(A) provides in relevant part, “Whenever the death of a person shall be caused by the wrongful act, neglect, or default of any person or corporation, . . . and the act, neglect, or default is such as would, if death had not ensued, have entitled the party injured to maintain an action, . . . and to recover damages in respect thereof, then, and in every such case, the person who, or corporation or ship or vessel which, would have been liable, if death had not ensued, shall be liable to an action for damages . . . .” This statue therefore specifies that a wrongful death action may be based on default, if a person would be able to sue for an injury had they survived. Default is treated along side of “wrongful act[s]” and “neglect.” “Wrongful act[s]” relates to intentional torts like battery, or other illegal conduct. “Neglect” relates to negligence. “Default” relates to breaches of contract.

The Virginia Supreme Court has allowed a wrongful death claims premised on breach of contract. In Wooldridge v. Echelon Serv. Co., 243 Va. 458, 459 (1992), a security company was contracted by the federal government to provide security services at a federal building. An individual was killed in the building after a security guard failed to pursue a possible intruder. The claim was premised on the theory that the decedent was a third-party beneficiary of the security services contract. The plaintiff received a jury verdict, but the court entered a judgment for the defendant notwithstanding the verdict, on the grounds that there was no evidence that the breach of contract caused the death. This ruling was reversed by the Virginia Supreme Court, which found adequate evidence of proximate causation. The Court reinstated the wrongful death jury verdict premised on the breach of contract theory.

The plain reading of this statute, together with the supporting precedent of Clevert, demonstrate that wrongful death actions premised on breach of contract may be brought in Virginia.

The confusion seems to arise, in large part, because of the legal distinctions between tort claims and contract claims, and the ambiguity of the term personal injury. Simply put, tort claims are lawsuits premised on duties imposed by the common law, such as the duty not to batter someone. These duties are imposed by the law on people, whether or not they are parties to a contract. Contract claims are based on implied or express agreements. Different rules apply, particularly on issues of what damages one may recover. These different rules incentivize some people to take an injury and to describe it as a contract violation to gain the benefit of contract rules, or more often take a contract matter and describe it as a tort to get the benefit of the tort rules. The courts try to keep the two distinct. One of the rules for keeping them distinct is the economic damage rule, which basically says that contract obligations resulting only in economic damages are typically to be treated as contract claims. Another rule that keeps them distinct is the source of the duty rule, which says that if the party was obliged to act only because there was a contract, the lawsuit has to be based in contract. But these rules, among others, have given rise to the false impression that personal injuries—i.e., physical or mental injuries—are only able to be recovered in tort claims. Ergo, the reasoning goes, a wrongful death action must be a tort claim and not a contract claim. But the Virginia Supreme Court has repeatedly rejected the notion that one cannot recover personal injury damages as part of a contract claim. E.g. Clevert v. Jeff W. Soden, Inc., 241 Va. 108, 111 (1991); Tingler v. Graystone Homes, Inc., 298 Va. 63, 92, 100-108 (2019).

Free Speech and the 2020 Election »
« Do I have a right to refuse to be vaccinated? A look at mRNA vaccine issues.