Defamation Republication on the Internet

Q: When is a statement “republished” on the internet or in social media, so as to constitute a new cause of action for defamation restarting the statute of limitations?

A:  Republication occurs when (1) the original publication was modified; or (2) the republication was directed to a new, different audience not merely through a link and reference which may bring readers’ attention to the existence of an article or defamatory post. 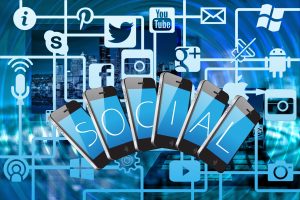 A defamatory statement, generally, is a factual statement provably true or false that subjects an individual to contempt or ridicule, one that harms a person’s reputation by lowering the community’s estimation of him or by deterring others from wanting to associate or deal with him.

(a) only one action for damages can be maintained;

(b) all damages suffered in all jurisdictions can be recovered in the one action; and

A modified article may be considered a republication.
In Davis v. Mitan (In re Davis), the United States District Court for the Western District of Kentucky held that “where substantive material is added to a website, and that material is related to defamatory material that is already posted, a republication has occurred.” 347 B.R. 607, 612 (W.D. Ky. 2006). Similarly, in Larue v. Brown, the Court of Appeals of Arizona held that republication occurs on a website when an “update or modification [of an internet publication] affects the substance of the allegedly defamatory material.” 235 Ariz. 440, 333 P.3d 767, 772 (Ariz. Ct. App. 2014), finding that the defendants’ responses to readers’ comments—posted directly below the original articles—not only repeated the earlier defamatory allegations, but “also added to and altered the substance [*255] of the original material.” Id. at 773. The court held that when the the statement itself is substantively altered or added to, or the website is directed to a new audience, the statement will be considered to be “republished.” The addition of new material to a website unrelated to an earlier allegedly defamatory report posted on the site will not reset the statute of limitations. Firth v. State, 98 N.Y.2d 365, 775 N.E.2d 463, 464, 747 N.Y.S.2d 69 (N.Y. 2002) The court observed that “many Web sites are in a constant state of change, with information posted sequentially on a frequent basis.” Id. at 467. Hence, to find republication with every minor alteration to a website “would either discourage the placement of information on the Internet or slow the exchange of such information, reducing the Internet’s unique advantages. In order not to retrigger the statute of limitations, a publisher would be forced either to avoid posting on a Web site or use a separate site for each new piece of information. These policy concerns militate against a holding that any modification [**318] to a Web site constitutes a republication of the defamatory communication itself.”

When a defamatory statement is published intending to and actually reaching a new audience not merely though a link and reference which may bring readers’ attention to the existence of an article or defamatory post, it may be considered a republication.

Republication, retriggering the period of limitations, occurs upon a separate aggregate publication from the original, on a different occasion, which is not merely “a delayed circulation of the original edition” (Rinaldi v Viking Penguin, 52 NY2d at 435; Restatement [Second] of Torts § 577A, Comment d, at 210, supra).

Relevant to this inquiry is whether the subsequent publication is intended to and actually reaches a new audience.

Haefner v New York Media, LLC, 82 AD3d 481, 482, 918 N.Y.S.2d 103 (1st Dept 2011), for the proposition that the inclusion of hyperlinks in an Internet publication does not give rise to republications. Haefner involved an article containing a link to a previously published allegedly defamatory article. There, the hyperlink merely provided a new means of accessing the first article. In contrast in Martin v. Daily News, L.P. the court found that a modification that provided hyperlinks to social media (links to facebook via share buttons) and networking sites in the updated website provided a new means for disseminating it. Nevertheless the court found that it did not reset the statute of limitations. It held, the audience has always had the capacity to share Internet news items by e-mail or by print and distribution to whomever they choose. Merely adding a technical enhancement providing website visitors additional ways to forward website content to others depended on the action of third-parties, to wit,website visitors who forward website content to non-visitors, by whatever means and was therefore not a republication.

In Salyer v. Southern Poverty Law Center, Inc., 701 F. Supp. 2d 912 (W.D. Ky. 2009), the plaintiff argued that when the defendant published an article on a new section of its website in 2008 linking back to an allegedly defamatory 2006 article, the 2008 article republished the 2006 article because the purpose of the hyperlink was to entice new readers to click on the link and be directed to the article. The plaintiff in Salyer, however, [*57] did not contend that the new article, which itself made no specific mention of the plaintiff, was defamatory, and the court observed that “it would be a different case had the . . . 2008 article restated the defamatory remarks about Plaintiff. In such a case, the . . . 2008 article itself could be the basis for Plaintiff’s defamation claim.” Thus, the court concluded that HN23 “the critical feature of republication is, again, that the original text of the article was changed or the contents of the article presented directly to a new audience.”and In re Philadelphia Newspapers, LLC, provide more useful guidance.

The court in Mineral Res. Int’l, Inc. v. Trace Minerals Research, L.C. (In re Mineral Res. Int’l, Inc.), 565 B.R. 684, 697-98 (Bankr. D. Utah 2017)
provided a concise summary, stating determining whether a defamatory statement has been republished on the Internet is not as straightforward. “Because online fora and content delivery systems are frequently altered, many courts have struggled to parse whether specific technological changes in the format and delivery of allegedly defamatory statements have functioned to republish the statements to new audiences . . . . Generally, the courts agree that [**23] republication must at least involve an ‘affirmative act.'” For example, “where substantive material is added to a website, and that material is related to defamatory material that is already posted, a republication has [*698] occurred.” But if a statement is “posted to a generally accessible website,” it is not republished by:

• a third party’s posting the statement elsewhere on the internet,

• passively maintaining the website to which the defamatory statement is posted,

• failing to remove a statement from a website after receiving notice of its falsity,

• adding an unrelated story to the web page that hosts the allegedly defamatory statement,

• revising other information at the URL at which the allegedly defamatory statement is found, but leaving the statement itself intact,

• updating a website’s user interface to give visitors additional avenues to access the allegedly defamatory statements, or

• changing the URL at which the allegedly defamatory statement was posted (i.e., posting the statement verbatim to a new URL).

Ultimately, “the test of whether a statement has been republished is if the speaker has affirmatively reiterated [**24] it in an attempt to reach a new audience that the statement’s prior dissemination did not encompass.”