The prosecutor explained to the court on Wednesday that Mr. Jimenez had hired two very competent and aggressive attorneys that she expected would thoroughly cross-examine the complaining juvenile witness and her father. The prosecutor stated that the juvenile’s father was involved in a contentious custody battle and had a criminal and mental health history.

The juvenile’s mother was less than 5 feet from Mr. Jimenez and her daughter at the time of the alleged incident.  Three other people were also in the room at the time of the alleged incident.  All were prepared to testify that the allegations were false.   The juvenile’s mother had consistently denied that the incidents took place or that her daughter had ever reported the incidents to her until after the juvenile moved out of the mother’s home.

The juvenile was never alone with Mr. Jimenez. The allegations were made over 1 ½ years after the alleged incident at a time when a contentious custody battle between the juvenile’s parents was on the horizon.  The girl’s mother had dated Mr. Jimenez for only about 5 weeks.

Mr. Jimenez had numerous reputation witnesses, ready to tell the jury of his strong reputation, and his squeaky clean service both in the military and in law enforcement.

Mr. Roberts was prepared to cross-examine the state’s witnesses.

The law firm stated, “Our client maintained his innocence throughout and was prepared to defend his reputation and to present credible witnesses at trial who would have testified that they were present and the incidents as alleged did not occur.”  Attorney Roberts stated, “It is important to remember that the law holds all defendants innocent until proven otherwise. We are committed to holding the government to this high standard that separates us from uncivilized and totalitarian societies.  This is the reason that we have earned a reputation for being competent and aggressive.” 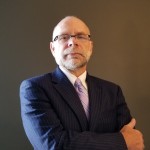 Hull Street Law, a division of